The store will not work correctly in the case when cookies are disabled.
Lewati ke akhir galeri foto 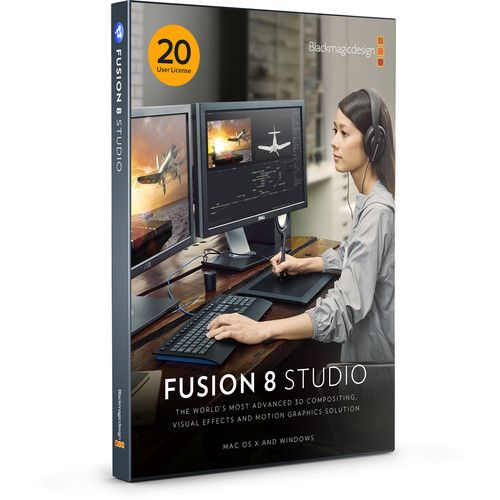 This Fusion 8 Studio (20 users license pack) from Blackmagic Design is the brand new multi-users motion graphics and visual effects software. Up to, 20 users license are available in this software package edition. Numerous features are in it, including network rendering and third-party OpenFX Plugins as well as Generation for studio multi-users collaboration track.

Not only great but every feature in this Fusion 8 Studio (20 users license pack) are user-friendly. As such, no wonder there are 1000 reputable Hollywood movies uses it. More about effects, there are Advanced Visual Effects Compositing, True 3D Workspace, Node Based Workflow, Comprehensive Keying, and Mattes, and Advanced Tracking and Stabilization. Among those great tools, there is still much more list to go: Vector-Based Unit, Professional Rotoscoping Tools, Realistic Lighting & Shading, Virtual Set Extensions, and GPU Accelerated Creative Workflow.

In overall, this Fusion 8 Studio (20 users license pack) is a suitable solution for expanding your possibilities to make the creativity in real, especially in the broadcast design aspect. With all of those tools, all types of projects come at easy; whether for dramatic title sequences, broadcast graphics, major feature film visual effects or even television commercials. 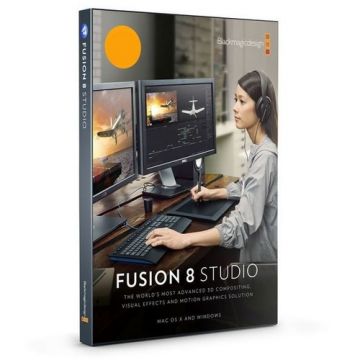 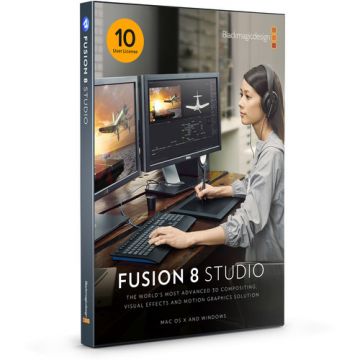 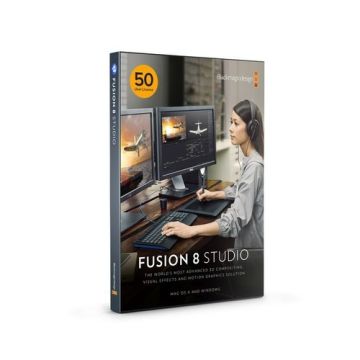